Mardi Gras, A Party to Remember 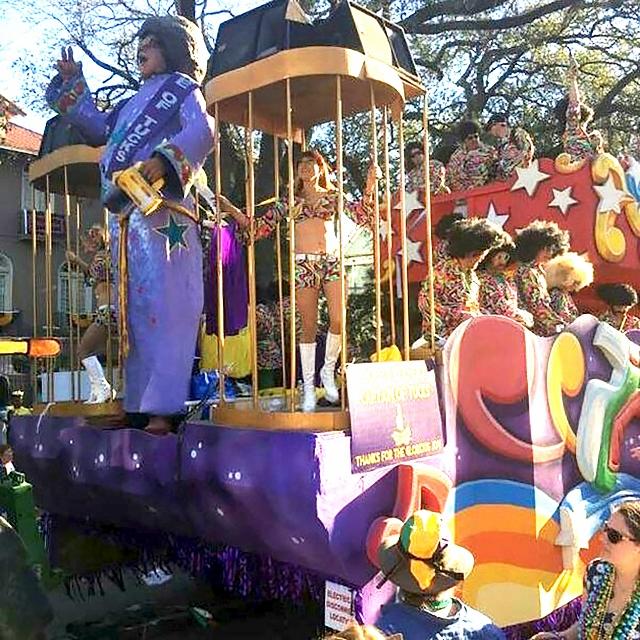 The festivities of Mardi Gras are familiar around the world, but there’s more to this holiday than
sparkly beads and outlandish masks.

The celebration of Mardi Gras dates back to the 17th and 18th centuries in Medieval Europe. Originally a celebration of the coming Spring and fertility, this Roman Catholic holiday was commonly referred to as Carnival. Mardi Gras, or Fat Tuesday as many call it, occurs every year between February 3 and March 9. Traditionally, it is a day of festivities and eating excellent food, hence the name ‘Fat Tuesday.’

Woodgrove Sophomore and former Louisiana resident Patrick Swisher says, “Fat Tuesday was a really big deal; we always got two days off of school.” This day is a sort of jubilant, “give it all you’ve got” free for all, as the following day is the beginning of Catholic Lent.

Mardi Gras first came to the Americas around 1700 when the French explorers, Iberville and Bienville landed in Louisiana at a place they named “Pointe du Mardi Gras.” The first Mardi Gras celebration in America is said to have occurred in 1703 in the tiny settlement of Fort Louis du la Mobile.

Due to its reputation of getting quite rambunctious and sometimes a little out of hand, the U.S. government has attempted to ban the celebration of Mardi Gras numerous times.

The dazzling parades and elaborate costumes may sound over the top, but these tales of Mardi Gras do not disappoint.

“It was vibrant, there were beads everywhere.” says Woodgrove Sophomore Riley Hartung who attended Mardi Gras first hand. “We ate a lot of food and walked around; it was very festive.”

The customs of Mardi Gras are unique in themselves and include everything from decorative floats to a flaming torch. Below are a few of the major traditions described in detail:

Wearing Masks: Masks and Mardi Gras go hand in hand. They add an elaborate and mysterious factor to the celebrations of Mardi Gras by simply covering up part of someone’s face. Hundreds of years ago, the tradition of wearing masks started as a way to break social ranks by hiding a person’s true identity. Regardless of social class, people could interact with whomever they wanted as long as they were wearing their mask. Flash forward to present day, and masks have become such an important part of Mardi Gras that street performers are required to wear them.

Beads: Catching beads at Mardi Gras is one of the highlights of the event. Legend has it that catching these colorful trinkets will bring good luck. The tradition of throwing Mardi Gras beads started withRex, the King of the Daytime Carnival, who threw them for the people around him. Rex chose green beads for faith, gold for power, and purple for royalty. Street performers now throw beads that they best think matches someone’s personality. Other ‘throws’ given out at the parade include Frisbees, fake coins, and plastic cups.

“When I moved up here [to Virginia], I had this giant bucket full of beads, maybe 400 of them, collected from the parades,” says Swisher.

King Cake: King Cake is a delicious part of the Mardi Gras fun and games. The tradition started as a tribute to the biblical three kings, who crossed the desert to Bethlehem, following a star. The ring-shaped cinnamon cake is often decorated with purple, gold, and green icings. Baked into the cake, there is a plastic baby representing the Christian Christ child and symbolizes good luck. Whoever finds the baby in their slice is given the responsibility to supply the next King Cake and Mardi Gras party.