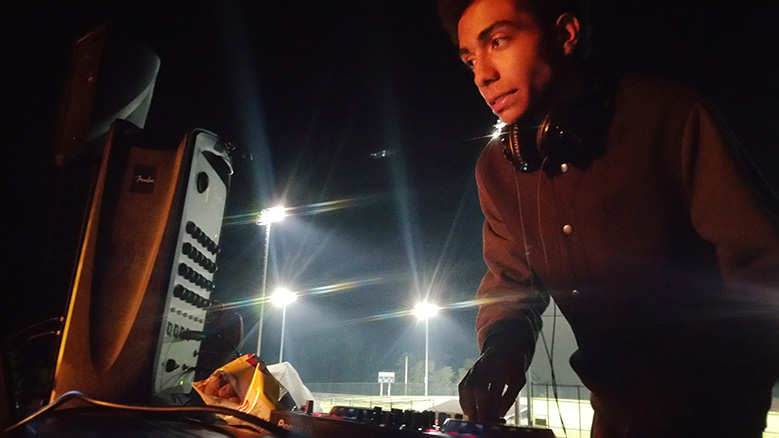 A new year is an excuse to change things up, which is exactly what Woodgrove’s drama program has chosen to do. Whether jamming out on the new soundboard, or writing an original score for the fall show, the students of the drama department have a lot of surprises in store for this year.

Historic Springhouse Productions’s fall show, A Midsummer’s Night Dream, will premiere on November 3 and will run through the weekends until November 13. Directed by Ms. Rachel Novi, the show will be set in the far future during the time where man begins to merge with machine. The theme of the show makes a statement about society’s current attachment to technology. The show will feature Sarah Rector as Hermia, Molly Warndorf as Helena, Eric DeBerry as Lysander, Lukas D’Errico as Demetrius, Harrison Furlow as Oberon, and Miranda Huffer as Titania.

To avoid copyright issues, the play will have original scores written by seniors Michael Preston and Felipe Osorio. This new music will be futuristic to fit in with the theme of the show, the start of when man and machine merge. The music contained in the score will be inspired by classical and science fiction-esque trans techno. Both Preston and Osorio, who are musicians in their own right, are working diligently to create the new songs. They plan to have at least ten in all, and hope to be done by the 20th of October.

This year the school was gifted with a new and improved soundboard. Although the drama department’s board was updated only three years ago, a new Alan and Heath QU32 mixer was given to Woodgrove as a part of the initiative to update all Loudoun County high schools with new technology.

Sound technicians are working to figure out this new piece of equipment. If all goes well it will be a great success, but it might take time for the heads of sound to fully master.

“It’s really complicated, but we’re getting the hang of it,” said Osorio, head of sound. “It feels very dedicated to the user, so that they can do their own thing.”

Not only will the sound technicians use the soundboard for the score, they also need to run the pit through 12-15 microphones and any special effects that the show requires. It will make its first debut during the fall production of Shakespeare’s Midsummer’s Night Dream.

“This is the first time we’ve done anything like this. It is super exciting for them, for me, and hopefully for anyone who sees it,” said Theatre Director, David Noland.

While music has never been written for the school’s shows before, more original music will most likely be showcased during the winter shows The Real Inspector Hound and The Glass Menagerie.

“I’m glad we’re creating the score because a play without music is empty. A play with music will add another layer of emotion,” said Osorio.