How to Stay Germ-Free During Flu Season 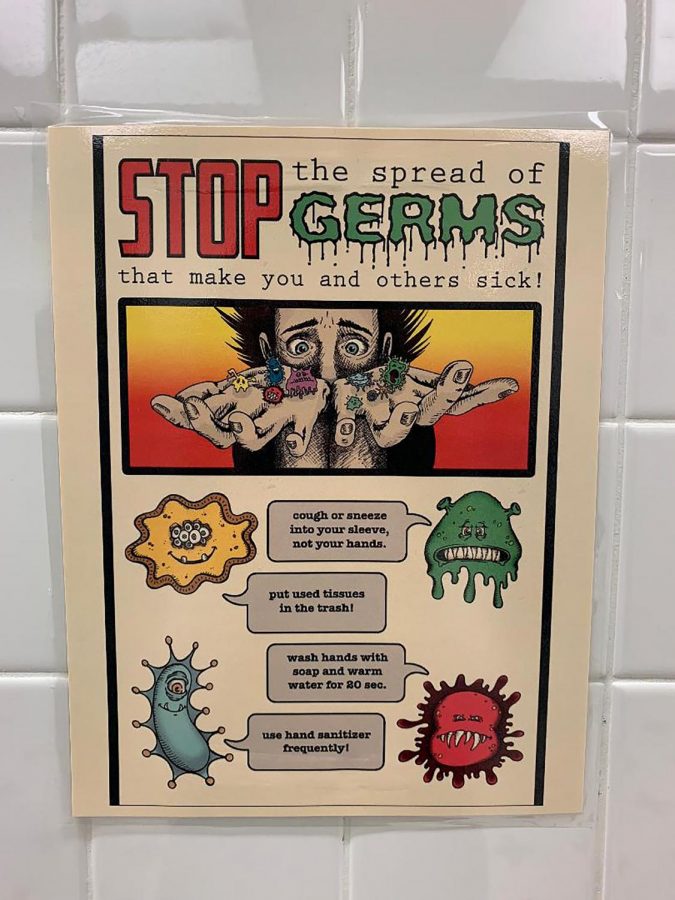 Woodgrove High School nurse Stephanie Lovasz says, “The flu season can start as early as October, run to March and April, and it peaks whenever the weather changes. I get one to two calls a day around the same time of the year.”

Lovasz believes in the importance of vaccinations. “I recommend always getting the vaccination, unless you can not take it due to allergies or other causes.”

There are many ways to prevent the flu. Posters in Lovasz’s office detail how to avoid contact with the virus. Experts recommend avoiding close contact with people, staying home when sick, covering the mouth and nose when you sneeze, washing hands, avoiding touching eyes, nose, or mouth before you wash your hands, and practicing other good health habits like eating well and getting enough rest.

The Center for Disease Control (CDC) agrees with Lovasz and recommends everyone over the age of six months should take the flu shot because it covers up to three or four of the virus strands predicted to be the most common during the 2018 flu season. 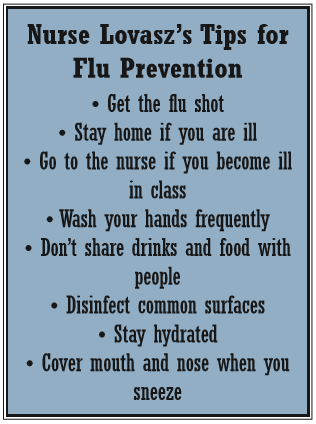 A popular reason why students and parents don’t receive the vaccination is due to the lack of knowledge regarding its importance.

“I have not gotten the flu shot yet this year. I don’t feel like going because it seems like a waste of time,” said sophomore Katie Fortin.

According to the CDC, hundreds of thousands of people in America are hospitalized by the flu every year. Certain people are more vulnerable to the flu, such as children aged six months to four years old, people aged 50 years or older, pregnant women, and people with low immune systems.

If you come down with the flu in the end, the best idea is to go visit a doctor or a clinic. Almost every year a new strain of flu appears, which is why it’s so important to get a new flu shot yearly.

Your primary-care doctor, urgent-care centers, Walgreens, Target, CVS, and Rite Aid are all places that are available to treat the flu and to distribute flu shots.

Health and Physical Education teacher John Sharples said, “A good handful of my students claimed to have the flu last year relatively around the same time. I recommend getting the shot because it introduces the strands and causes immunity towards the flu.”