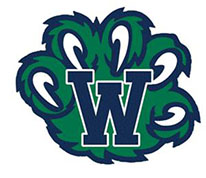 Woodgrove’s men’s swim team made school history by being the first swim team to win the VHSL Conference 21 Championship.

The women’s swim team also made a great impression by placing third in the conference. The team, led by captains junior Clare King and senior Kristen Garner, finished their regular season record with five wins and two losses.

Both teams will travel to Richmond on February 13, where they will fight for the chance to move on to the state finals.