Spring Sports Near End of Season 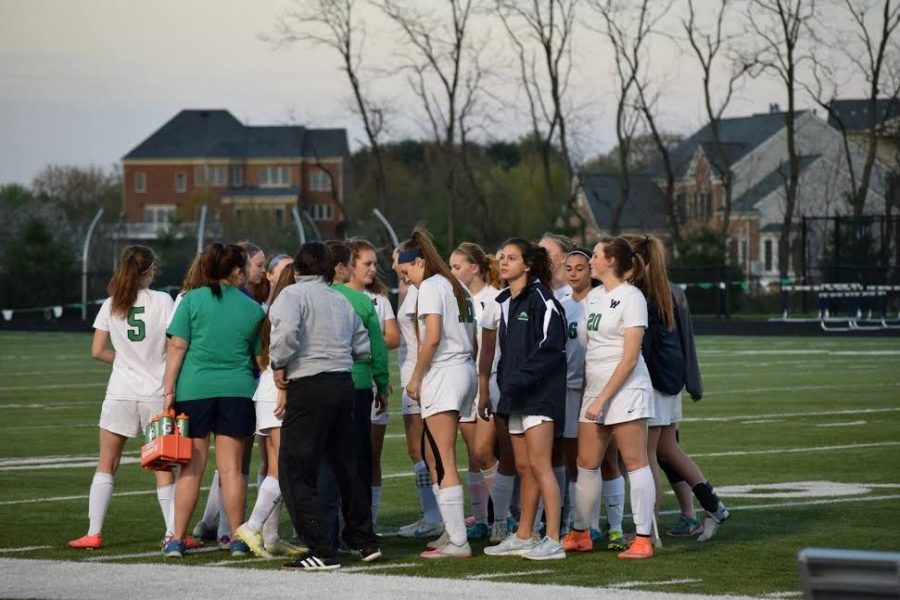 Written by Sophie Carver and Bridget Vasta, The Woodgrove Outlander

Spring sports at Woodgrove High School are wrapping up, as teams head into post-season play. The athletes of the soccer, tennis, track and field, lacrosse, softball, and baseball teams are working hard to show their Wolverine pride.

The Girls Varsity soccer team at Woodgrove has won six games so far. Head coach Erin Barrett is leading the way, and the team who have scored 26 goals in total.

The Boys Varsity team is also striving for success, despite having a difficult season. “The hard work and perseverance by a great group of kids have us ready to be a dangerous team in the playoffs,” said assistant head coach of the team, Joe Fuller.

Varsity Baseball has brought in seven wins for the Wolverines this season.  Robbie Goodwin, a junior on the team said, “We have really good team chemistry. This season has been a lot of fun.”

Team chemistry has also been a key role for the Varsity Softball team at Woodgrove, with 16 wins and only one loss. “We’ve come to success under a great coaching staff, good teamwork, and a really positive team dynamic,” said sophomore Taylor Donches.

Boys Varsity Tennis is doing better than ever before; with six wins so far this season. “The season has been really fun so far. We’ve are doing better than we have in the past years, so that is exciting,” sophomore Ethan Caldas said.

Girls Varsity Tennis have also been bringing their game, or ‘match’ as they say. Head Coach Lou Sharp, has led the girls to win three matches this season.

Track and Field has been reaching new heights this year, and is still making a group of students at Woodgrove feel like a family. Aedan Petit has competed for Woodgrove since freshman year, and will continue to run at the collegiate level next year. Already qualifying for states in multiple events, the senior said, “The last four years of track have been a lot of fun, and I am glad the hard work paid off, and I am excited to continue my career in college.”

Hard work is also paying off for sophomore Sean Murphy, who has qualified for states in the 4×4 and high jump. “This is my first year running track and I am so excited that I have the opportunity to go to states my first year competing.”

So far this season, eight girls and six boys have qualified for the State Track Meet.