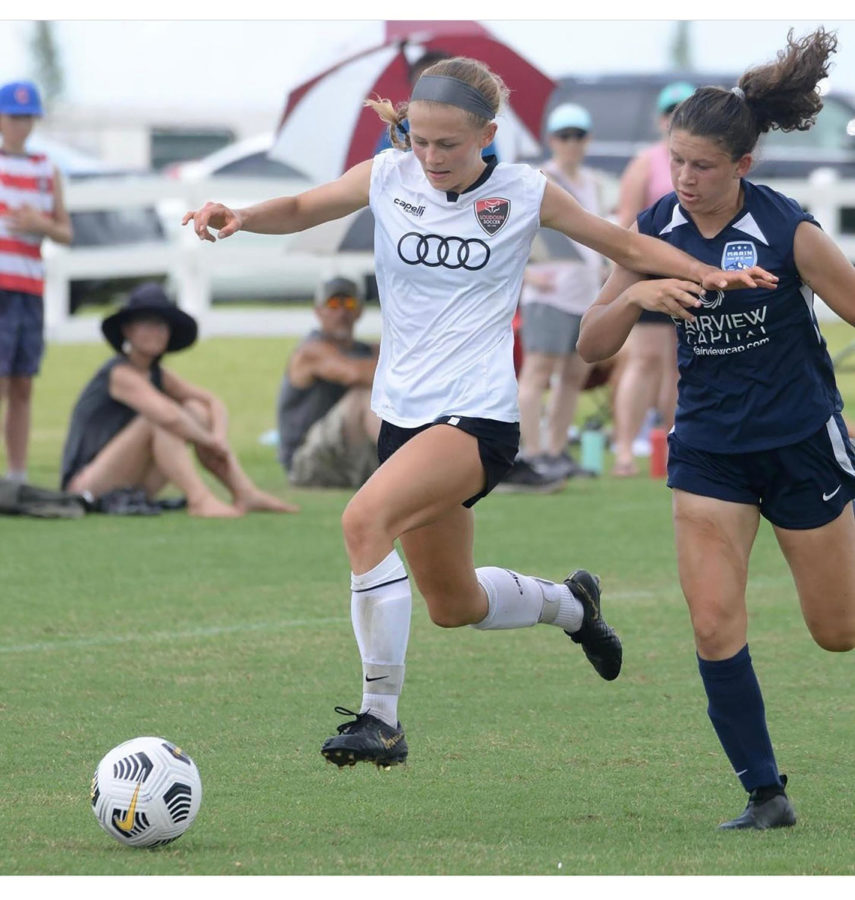 Mackenzie Shores, a senior at Woodgrove and a returning four-year varsity athlete for the women’s soccer team, plans to study law or criminal justice at Mt. Saint Mary’s University in Maryland. She earned this scholarship through outstanding grades and athletic prowess that came from sacrifice. “I definitely had to turn down a lot of hang outs with friends and time with family to do sports. I spent a lot of time outside of my team practices to train, work out, and practice, so it definitely takes up a lot of time. When some kids are sleeping, I wake up at 4:00 am to work out,” says Shores.

Another senior, who has decided to continue their athletic and educational journey after highschool, is Price Williams. “I’ve always had to take it [football] seriously. It’s almost like the family business; my dad played football, and he was good at it and went to college for it, so it was just kind of expected of me, and now I’m carrying that out.”  Even with the pandemic imposed challenge, Williams persevered and kept impressive grades. Williams was granted a scholarship to Princeton University, where he plans to study political strategy.

Ashley Steadman, a basketball player committed to Christopher Newport University, will play basketball and major in biology or physical therapy. When asked about the school, Steadman said, “The people there including the students, staff, and coaches were so welcoming.” She loved the school, but it didn’t come for free. “I have made all kinds of sacrifices for basketball including missing vacations, missing school, spending most of my summers traveling for tournaments, and lots of sleep due to early morning workouts and games,” says Steadman. Though it’s been difficult, she doesn’t regret a bit of it. “I wouldn’t change any of it, and I am very happy with how things turned out.”