Halfway To Stardom With Halfking 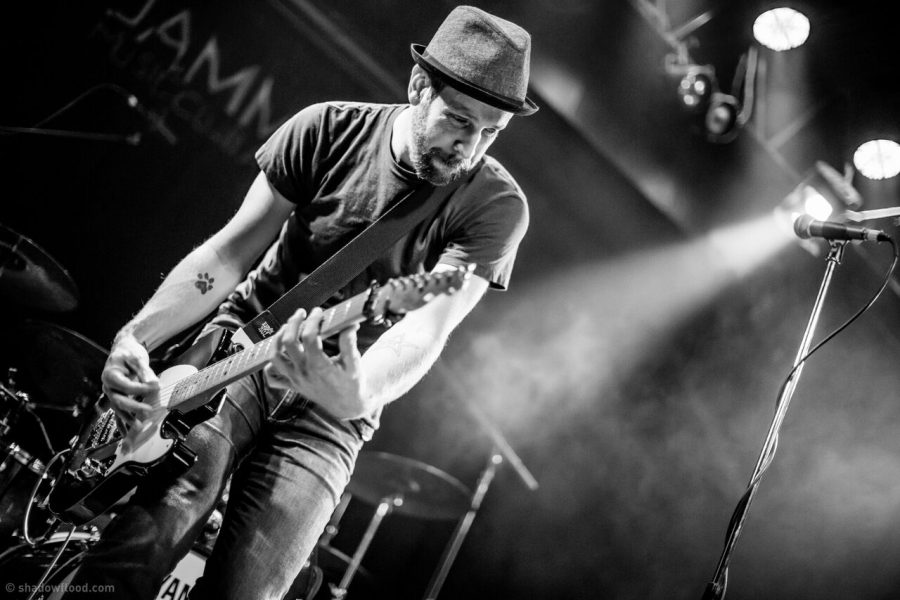 Written by Special to the Outlander: Ryan Wright

Halfking has been around for three years and has recently moved from Leesburg to the Western Loudoun area in Hamilton, Virginia. People of all ages have joined, each with different goals to accomplish their dreams in the music business.

Wright travels all over from Copenhagen to Seoul, Korea to Los Angeles and many other places to write songs and collaborate with other artists from around the world. “I thought that it would be really cool to create a songwriting community in my own hometown,” says Wright.

Growing up surrounded in some of the best decades for music, Wright started his career at the age of fifteen playing drums for many garage bands. Wright strayed away from the college lifestyle and dove right into the music business. His experience has been about thirty years, playing all different roles in the music industry. According to him, music had always made an impact. “I knew from the very first moment when I looked at the back of the “KISS Alive” album,” says Todd describing the album cover. “You could just see all the people in the arena and I just thought, that’s what I want to do.”

Todd wrote a song called “Love Me Anyway” that was recorded by the incredibly popular singer, Céline Dion. This song was released on a French only album, “Sans Attendre,” in 2013. Todd also has had almost sixty million streams on Spotify with the song “Blind Heart” and one song in particular, “Holding A Heart” that was in a major motion picture, “What’s Your Number” along with a few television shows including “The Vampire Diaries.”

He has used these accomplishments to coach people in the Halfking program hoping to help these artists achieve similar goals. “I could bring my experience as a collaborator and somebody who writes with complete strangers as a living to the younger, up and coming, songwriters and musicians in Loudoun County.”

Halfking has released a few albums and is working on more with new artists. The “Halfking Summer Sampler 2017” features songs from various artists including local singer songwriter, Teddy Chipouras, who was recently on NBC’s The Voice. However, with all of the new goals Wright has for Halfking, he can’t do it alone. Meredith Kasun is the co-founder and chief operating officer, responsible for the operational management of Halfking. Kasun regulates accounting and finance, scheduling for mentors and members, marketing, communication, and recruitment.

“My goal is to manage as much of the business as possible so Todd and the other mentors can focus on the songs and music,” says Kasun.

Kasun has had two of three children in the program in the program since the very beginning. “I am beyond proud and blown away by the creativity of the music created by my children and all our Halking members, she said.”

John Kasun, Meredith’s son, is a mentor at Halfking, now offering guitar lessons. John has been involved in music since he was nine years old starting with learning guitar. Now a senior at Tuscarora High School, John hopes to attend a college that provides a musical education. He started Halfking playing guitar at a high level, but throughout sessions of work and progress, John has learned that Halfking improved him musically in other departments of the industry. “As the years passed, I started to develop songwriting skills and I started to contribute more,” says John on the subject. “It’s definitely inspired me to come home and write songs.”

John teaches lessons to Annie Gilbert, a dedicated Freshman at Woodgrove High School. Annie had been determined to learn guitar for a long time with the musical influences of bands like “The Beatles.” “Before, I didn’t know anything on guitar and now I’ve only been doing Halfking for a couple months and I already know a lot.” Says Annie Gilbert. According to Annie, Halfking has helped her reach her overall goal with guitar. “I want to be able to know chords and have it as a second nature,” she said.

Halfking doesn’t just offer guitar lessons, but offers a wide variety of activities in the industry. Wright and Kasun pair certain artists together to write, sing, record, compose, perfect, and publish the music. “I would like to show them how to be in the music business and how to earn a living by creating songs,” Wright says.

Another member of the program is a Nicoletta Karamanis. Karamanis has sessions with Wright and other members once a week to write, record, and produce music. She is currently working on an EP album with Todd and other collaborators. “Halfking has exposed me to new people that have gotten me bigger gigs and has made me a bigger artist in the local scene with more exposure.” says Karamanis, now a junior.

“Todd brings in a lot of cool writers and I have no idea who they are or what their story is but we just write and I get to collaborate which gives me a lot of skills.”

Halfking is available to anyone who wants to pursue their desires in the music business. The membership has benefits that include four, two hour mentored songwriting sessions a month along with access and use to a studio with production facets. Halfking also provides live music opportunities to those who want to perform. Halfking has a website and a Facebook page @halfkingmusic and https://www.halfking.net/.

Wright hopes to provide these talented artists with musical impacts and guidance that is worth more than what an instructor offers. According to Wright, Halfking is offering something that no other company in the country is doing.

“The best advice that you can give anyone in this business is to be able to accomplish as many facets of the music business as you possibly can,” said Wright.